IOC Sports Director Kit McConnell said: „The addition of these new events for Beijing 2022 reflects our continued commitment to make the Olympic Games programmes more youthful and gender balanced. I am very pleased to see the increase of female athletes, especially in such exciting, ground-breaking events. At the same time, we are sending a message that the size of the Olympic Winter Games is being directly addressed.“

In addition to creating a youth-oriented programme, it is also a significant step towards achieving the 50 per cent gender balance at the Olympic Winter Games for both athletes and events, which is a clear objective of Olympic Agenda 2020. Beijing 2022 will see more female athletes and women’s events than any other Olympic Winter Games, with female quota positions increasing from 41 per cent to 45.44 per cent.

With this decision, Skating joins the International Federations of Biathlon and Curling in reaching gender equality on their Olympic programmes, while the Bobsleigh and Skeleton, Hockey, Luge and Ski federations have all increased female participation.

The disciplines of skeleton, speed skating, Alpine skiing, cross country, freestyle and snowboard will all move to gender balance for the first time.

The overall number of athletes has been reduced by 41 to reach 2,892, which is within the Olympic Charter framework. With no new venues or fields of play needed for the new events, the programme aligns with recommendations set out in Olympic Agenda 2020 and is another step to reducing the overall size of the Games.
The full programme of the Olympic Winter Games Beijing 2022 is available here.

The EB also approved the Tokyo 2020 competition schedule by session, which will offer Olympic fans around the world gripping action across 17 days of competition.

„Tokyo 2020 put forward a competition schedule that focuses on athlete and spectator experience, as well as gender equality,“ said IOC Coordination Commission Chair John Coates. „The universal appeal of the session schedule, combined with the debut of several events and sports, will make for thrilling Olympic Games for sports enthusiasts everywhere.“

Youthful and urban-focused events such as basketball 3×3, skateboarding, surfing and sport climbing will feature throughout the Games schedule. Sports will also be played in venues in the Fukushima, Ibaraki and Miyagi prefectures, which were among those most affected by the 2011 Great East Japan Earthquake.

It was also confirmed that softball will be organised as a single round robin competition, while baseball will feature a format of two groups of three teams, followed by a knockout phase.

Tokyo 2020 will now focus on developing the detailed competition schedule by event – which will determine which event goes into which session – in close collaboration with the International Federations and the IOC.

The full competition schedule by session can be found here.

The IOC Executive Board approved a two-phase timeline, as well as the process and principles for the Paris 2024 Organising Committee to put forward new sports.

In keeping with Olympic Agenda 2020, the number of athletes and events in any new sports proposed by Paris 2024 should be considered within the Olympic Charter framework of approximately 10,500 athletes and 310 events.

Any new sports for Paris 2024 will be confirmed in two phases.

Paris 2024 will contact IOC-recognised International Federations whose sport has been assessed as fitting within the existing Paris 2024 venue master plan, reflecting Paris‘ vision to host youthful, innovative, spectacular Games showcasing France’s most iconic landmarks, and in line with the Paris 2024 global sports concept.

The sports proposed by Paris 2024 will then be presented for approval at the IOC Session in 2019. If approved, these sports may be considered for final inclusion in the last step of the process. After the Session in 2019, and following any necessary observation at the Tokyo 2020 Games, the final event programme and athlete quotas for new sports will then be finalised in December 2020.

In parallel, the event programme and athlete quotas for existing sports will also be finalised in December 2020.“ 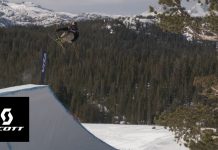 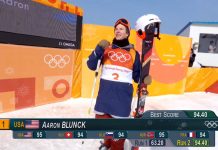 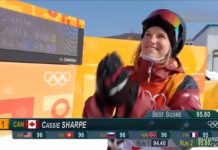